NewsWhat's On In Your State

What's On In Your State

This week we have a double pass to see the Fiftyup Radio Show’s Entertainment Reporter, Peter Cousens at Mounties Club in NSW.

There’s some great things happening around the country including painting classes in WA,  a meteor shower in Victoria and a $2 Clothing Sale in QLD!

If you’re holding an event in your community, please let us know so we can share with other members!

We’re delighted to have Peter as our entertainment reporter on the Fiftyup Club show on 2UE Talking Lifestyle, Wednesdays at 7.30pm. Peter is the only Australian to have played the Phantom on London’s West End and so the Phantom ‘comes to town’ with the AM All Star Band singing highlights from some of the world’s greatest musicals including: The Phantom of The Opera, Les Miserables, Aspects of Love, South Pacific, Miss Saigon, Carousel,  Jeckel & Hyde, West Side Story, The Man of La Mancha. His show is coming to Mounties Club in Mount Pritchard, Sydney in December and if you’d like to win two tickets, email me at kayley@fiftyupclub.com.au using “Peter Cousens” in the subject line

The classes are open to all - it doesn't matter if you have no painting or drawing experience! Each class is held in an encouraging environment and guests are guided step-by-step by the teaching team.

VICTORIA – THE DRACONID METEOR SHOWER (What’s On Only)

The Draconid Meteor shower graces our skies every year in October. Their name comes from the constellation Draco the Dragon, where they appear to originate from in the sky. This meteor shower visits us as the Earth passes through the tail of Comet 21 P/Giacobini-Zinner.

For Australia, the best time to view the shower will be a bit after 7 pm. Look to the the horizon just a little west of north. You probably want to get up high as the meteors will be very low in the sky, around 0.7 degrees.

Remember that you want to let your eyes adjust to the dark or you won't have much chance of seeing anything. You will need to give your eyes about 10 to 20 minutes to adjust, so please, no checking your mobile phone every few minutes and no torches.

This is becoming such a popular event now and for a few very good reasons.
It supports and promotes the reuse of clothing, accessories and shoes.

With over 200,000 items available at the event, there should be something to suit most tastes. You can expect to see a diverse array of fashion from bridal to everyday wear. They cater for women, men and children so the whole family can be decked out.

EFTPOs or cash payment is acceptable on the day.

TASMANIA –FREYCINET MARINE FARM-(What’s on only)

I read a recent review on Weekend Notes about the Freycinet Marine Farm, on the way to Wineglass Bay in the Freycinet National Parks. Freycinet Marine Farm has plenty parking for cars, caravans and campers and features professional oyster shuckers working through a large pile of oysters. Enjoy serious delicious Tasmania's seafood, such as mussels, scallops, abalone and rock lobster.

NORTHERN TERRITORY- SPIRIT OF ANZAC CENTENARY EXPERIENCE (What’s on only) -

Spirit of ANZAC Centenary Experience, an exhibition that is touring Australia will be at Darwin Convention Centre from 17 - 24 October 2016. This exhibition is a flagship community project of the ANZAC Centenary national programme and features genuine artefacts and historical stories. The exhibition is divided into 12 time zones, starting from pre First World War era to the present day

ACT – WEBERS CIRCUS (What’s On Only)

Wild West is a spectacular circus performance which is travelling around Australia, wowing audiences wherever they go. There is acrobatics, daredevil stunts, clowns, dog tricks, miniature ponies, jugglers, whip cracking, a Russian swing and more under the one Big Top.

QUEANBEYAN Showgrounds will host the circus first between 23rd September - 9th October. There are 11am, 3pm and 7pm show times available to suit every member of the family during the school holidays.

MONASH in Tuggeranong will be the next stop, setting up their Big Top in Clive Steele Avenue between October 14th - 23rd. There will be evening performances and weekend matinee's.

SOUTH AUSTRALIA –THE DRESSMAKER EXHIBITION (What’s On Only)

The Dressmaker is an Australian film of the comedy drama genre, first released in 2015. The film stars Kate Winslet as a femme fatale in the role of the dressmaker, who returns to a small Australian town of Dungatar to look after her ill and mentally unstable mother.

The Dressmaker takes us to the 1950s, where the clothes were quite different but no less elaborate. And what made the movie so visually stunning was its celebration of high fashion against the backdrop of the dusty Australian outback town of Dungatar"

What's On In Your State 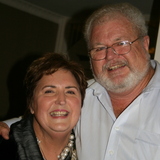 I agree with Frank what about NSW

What is on in Sydney NSW?