Regular readers of our newsletter will know about our “What’s On In Your State” section each week. We feature an event from each state and where we can, we try and secure free tickets to these events.

This week I thought we’d try something different and giveaway a book. We have three books to giveaway this week:

Manu has become one of the most popular personalities on television as co-host of My Kitchen Rules, currently in its eighth season. In this book which he has co-authored with his partner, we can see the many influences of Manu’s cultural roots.

This book tells the funny, eye-opening and larger-than-life untold stories that happened along the way. The parties, the fights, the celebrity interviews, the madness and the music as well as Molly’s other love, St Kilda Footy Club

The story of the famous Australian Light Horse in the desert campaigns of World War 1.

To enter just email kayley@fiftyupclub.com.au and use the name of the book you would like to win in the subject line.

I don’t have copies of the following books to giveaway but they looked really interesting and are out this week so I thought I’d share with you.

What Your Dog Says About You – Liam Ryan

Dogs. You cannot move for them. They are absolutely everywhere and whether in the handbag of a celebrity, rounding up cattle, destroying your shoes or pulling a chilly Canadian through the tundra, they play a big part in most cultures on earth. We've come a long way since the days of yore when wolves busied themselves scaring our forebears – now we're firmly in charge of our pooches.

Through selective breeding, dogs now come in a mind-boggling range of shapes and sizes. On top of the obvious physical differences, this canine diversity has left us with breeds that exhibit certain personality traits – from aloof, independent sorts to excitable pack animals. So with all this choice – which breed you choose says a lot about who you are and what you like doing. It’s a science, people.

What Your Dog Says About You covers 50 of the most popular dog breeds – and explains how choosing a particular breed reflects on the owner’s personality.

Quentin was born with Osteogenesis imperfecta, which meant his bones broke all the time among other things.

At seven, he became famous because of the Mike Willesee documentary QUENTIN. Australians fell in love with Quentin for his wit and unique take on life and over the years he drifted in and out of public view for reasons this book will reveal. Quentin is a disability activist, filmmaker, stand-up comedian, radio host, actor and film critic.

Quentin's stage show 'Quentin: I'm 40 ... Now What' sold out at the Adelaide Festival and there are plans to bring it to the eastern states. He appeared in the latest Mad Max film FURY ROAD and is currently the film reviewer for ABC 891 Adelaide radio breakfast program. Quentin lives in Adelaide.

Clarke’s autobiography, released this week, is all about the ups and downs and internal machinations of the highest profile ‘family’ in Australian sport – the national cricket team.

When they were winning, the general public assumed they were the best of mates. Gilly loved giving Warney a big hug every time he got a wicket so surely they were close?

When they started losing, the cracks in the public facade emerged.

There’s an incredibly revealing line in Michael Clarke: My Story about what the team was like when Clarke first broke into international cricket in 2003.

I would like to win the Michale Clarke book for my husband to read. Since his stroke has stopped reading but I feel this book would encourage him to get back to his reading which he always did enjoy.

OH MANU, you've done it again! Fan from like errr.... forever! But having rescued an abused giant of an American Johnson Bulldog at 55kgs from the RSPCA who had a lot a fear, anxiety and insecurities and turning him around to a faithful, yes scary looking, but now gentle loving giant,.... I'd love to read the book of "What your Dog says about you." He looks like the picture in the cover too, but with cow like brindle patches, hillbilly teeth and bigger. A lot bigger! Haha.... But full of love....now.....

More Please! – Manu Feildel with Clarissa Weerasena Who loves a book... especially this cook!! Manu's family influenced him; his family's recipes will be a French cultural hit with our family.

Love Manu, would like to try his family recipes

I totally agree with ANONYMOUS NSW, re UM ER UM MOLLY !! Love the guy & such a Aussie icon ,would be great to have a read of this one !

More Please! – Manu Feildel with Clarissa Weerasena - love cooking up different meals so this is the one for me please and thank you Suzanne S Qld chick ;-) 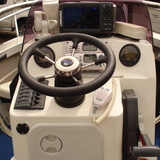 Ah well, nobody's perfect should be a great read.. thanks for the chance to win this. Helen Brereton, Leongatha, Vic

Would love to read "More Please", our family is time poor with busy lives. Would love to add some Manu Feildel recipes to our weekly meals. Sharon Martin,Wallan Vic.

Would love to read the going on's, in the Celebrity's life styles, and who best to give you that peak into the spotlight life style, than Our Molly. Margaret Newman, Woongarrah NSW