NewsLoyalty schemes - Retailers Get More From Them Than You Do

Loyalty schemes - Retailers Get More From Them Than You Do

How many loyalty cards do you have in your wallet? If you’re like me you probably have so many your wallet won’t close. I tried switching to the StoCard app to store the information in my iPhone but I’ve even had enough of this as well.

This week on the Daily Drive show we spoke with Caitlin Fitzsimmons, the Money Editor for the Sydney Morning Herald. Caitlin says Customer Loyalty Schemes are a great idea ... if you're a retailer. But they are not so good for the rest of us.

She says loyalty reward schemes are not designed to reward loyalty at all. They're a chance for retailers to milk more money out of high-value customers.

In our interview, Caitlin talked about the phenomenon where you click on, say, a pair of shoes on a retailer's site and then ads for that exact pair of shoes start following you around the internet.

When you search anything on the net, it’s an opportunity for retailers to know who you are, and your purchasing habits, when you shop, how much you buy and they then tailor their advertising based on that information.  Loyalty Program members spend 40% more than others according to Caitlyn because they get advertised to more.

We asked Caitlyn about the value of Frequent Flyer programs she conceded there are other benefits to these schemes, for example frequent flyers are more likely to get upgraded.

Caitlin said she loves getting every 10th coffee free at her local cafe, but only because it's still paper-based.

SMH Commentator Elizabeth Knight wrote recently about how the $3500 she spent at Coles earned her a $10 discount voucher through FlyBuys.

Manipulating voters with big data (large data sets from multiple sources) is increasingly being used in politics too. A key player is a firm called Cambridge Analytica, part-owned by US billionaire Robert Mercer, a key backer of Donald Trump.

The company boasts it has psychological profiles based on 5000 separate pieces of data on 220 million American voters. It used that information to pinpoint potential Trump voters and prey on their deepest emotions, to predict and potentially control behaviour.

We’d love to hear your stories of which reward schemes you believe you’re getting good value from. Leave your comments below.

Loyalty schemes - Retailers Get More From Then Than You Do

I use Loyalty cards because I believe that the costs to the retailer are built into the price of their goods, so you can't avoid paying for the reward...therefore you may as well have it! However, I only buy what I want and need, not extras. Last Christmas I was very happy to do a lot of my gift shopping with Loyalty Rewards, and I got more points, too!

I have a Coles flybys card and shop either at Coles or Aldi. I donut buy things because of the point - I buy cause I need it. It does encourage me to shop Kmart rather than Big W but I will use Big W if they have what I want. I also have a Coles Credit card (paying the monthly balance in flu so no interest is paid) which increases my points. Each year in December I cash in my points for $$ - usually around $300 and use this for my Xmas grocery shopping - I earn points again when I spend the money earn from points. I'm happy doing what I'm doing - it works for us. 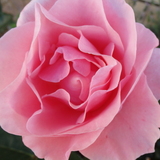 Here we go again, every couple of years somebody slams loyalty cards and comes up with the usual garbage of how they're not worth having. Well, if you don't think they're worth it, don't have them - simple solution, and leave the rest of us alone! I have had a Coles Fly Buys card since its inception about 23 years ago and although I do most of my grocery shopping at Aldi, I still accrue a considerable amount of points which I cash in for gift cards. I also use the 4 cents fuel vouchers, where I live I have a choice of two service stations, one of which is Coles branded Shell. So why wouldn't I be using the vouchers? I am also a shareholder of Wesfarmers, so naturally I support Wesfarmers owned businesses, such as Coles, Kmart, Target, Officeworks, Bunnings, and I have a Coles card and Coles insurance. As to other loyalty cards, I do a lot of shopping at Spotlight for craft related stuff and there are often discounts for holders of their loyalty card. Yes, I am fully aware that businesses that issue loyalty cards obtain information about their customers, I have no issue with this as it assists the businesses to stock the type of goods customers want. If I then get a small gratuity for shopping at those stores, that is received with grace.

I have a Flybuys card for Coles shopping. I let the points grow, until I have enough to 'buy' something I actually want. I recently swapped my points for a travel suitcase, worth $180. I was happy with that. My balance is once again growing, until I decide to cash it in again. It's slow going, but I don't let that worry me.

I have used my Coles flybuys card for years to buy petrol but I have recently changed my car for a diesel 4WD. I got one fill at the price everyone else is charging i.e. 126.9 less the 4c lt. then ever since they upped the diesel price to 135.9 lt. so I now go to 7 eleven instead.

The fuel voucher is the classic, how many people go to the shop coles or woolworths multiple times and spend $30 to get 4c off a litre, how many times a week do people refuel there cars and how many see there 4c disappear in 30 days

I use my loyalty cards but I don't buy to gain points - if I never get a reward no loss but I have had times when I have qualified & then I have gained. I get $10 of my Coles shop quite regularly but I also shop elsewhere. The trick is don't let them, the card, rule you.