NewsFiftyUps are woefully unprepared for a comfortable retirement 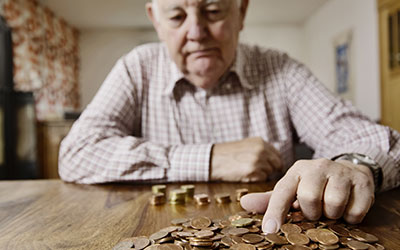 FiftyUps are woefully unprepared for a comfortable retirement

Delayed gratification. I practice it often, usually at the dinner table. I eat my least favorite food first and save the best until last. Some people do it with TV. Record their favorite shows and then watch them later when they can sit down and binge.

Delayed gratification is something we should be practising with our money as well.

We’re facing the reality of having to work longer or retire with less.

Some reports suggest nearly half of the population retiring within the next four decades will not have enough money to live comfortably, with women’ superannuation the worst by around $150,000 at retirement, that’s according to the Association of Super Funds Australia (ASFA).

For those retiring between now and 2055, it’s looking bleak, unless as a couple you have around $640,000 in Super, which is the amount ASFA estimates you need, when combined with the age pension, to fund a comfortable retirement. See https://www.superannuation.asn.au/resources/retirement-standard

A landmark survey of West Australian retirees this week has thrown the spotlight on how much superannuation is enough to fund a comfortable lifestyle after work in WA.

The survey, conducted last month by The West Australian and research consultants CoreData, gathered the thoughts of more than 5500 retirees and pre-retirees.

So how much do you need? Well it depends on where you live and how you wish to live in retirement.

A family friend of mine recently sold her home in Brisbane and moved to the north of Tasmania. At 60, this has given her substantial funds for retirement provided she doesn’t get too rash. But not everyone wants to move state.

The Association of Superannuation Funds of Australia estimates $60,000 a year can give a couple who own their own home a comfortable retirement. This would include a decent car, private health insurance, holidays in Australia and the occasional trip overseas.

The bad news is the average total superannuation balance of a couple — $428,000 according to the West Australian survey  — is short of the $640,000 balance ASFA estimate is required to be comfortable.

Are your expectations of retirement well ahead of what you will be able to afford? The old saying “a champagne lifestyle on a beer budget” comes to mind.

So what can you do?

Go to MyGov or call the ATO on 13 10 20 and find out if you have any lost Super. The latest ATO figures show there are more than 5.7 million lost and ATO held accounts worth more than $14 billion. If you do have lost Super, arrange to have it rolled over into your current fund. If you don’t find any lost Super, pick up the phone and speak to your fund about how you can maximise the money you do have moving forward.

Your relationship with your super should be of utmost importance because reliance on the age pension commits people to a life near the poverty level and none of us want that.

Any advice contained in this article is general in nature, it does not take account of your individual circumstances or needs. If in doubt about your own circumstances and needs you should seek financial advice.

Delayed Gratification: A Good Thing When It Comes To Super

Car, health insurance, holidays here or abroad, WOW sounds wonderful. Did not manage that throughout my working life and certainly not in retirement. Guess things such as myself can draw joy from the knowledge that a small gathering of us, will provide a life with a few enjoyable moments for one of our betters.

The ASFA figures rely on (i) the fact that you own your own home and (ii) they say that they've interviewed existing retirees to find out what they spend their money on. And if you go through the expenditure allocated to the components that make up the $60000pa for a comfortable retirement, it's a very, very comfortable retirement indeed.

Someone from WA commented:

So where is our pension?

Easy to say you need to save more. At 62 medically retired from police with little super, trying to get another job for 18 mths is impossible. Have to start drawing down on super now and will run out early. What else can one do? Cant go on dole as we have some super. Dole doesn't even cover food each week.