Are you one of those who thinks that kids these days play too many video games?

You might be right but the science says that some gaming can be good for you - even if you’re over 50.

If you’ve played tennis, bowling, baseball, boxing or golf with your grandkids on their favourite gaming platform, you have partaken in ‘exergaming’!

Exergaming is exercising and gaming mashed together as the video game includes a form of physical exercise.

Physical interactive gaming became popular when Nintendo introduced ‘Wii’ and the games of bowling, tennis and more. It was seen as a way for parents to get their sedentary kids off the couch and moving.

And guess what, there are cognitive benefits of exergaming for FiftyUps!

The research revealed that mixing the physical activity of riding a bicycle with the mental activity of collecting coins and matching colours fosters improved brain health and that helps reduce the onset of dementia and Alzheimer’s.

Keeping our aging brains fit and functioning is key to avoiding early onset of Alzheimer's, but how you keep it fit seems to matter as well.

Brain teasers like puzzles and Sudoku are fun, but offering to engage the grandkids in a game of Dance Dance Revolution, Wii Bowling, and the likes might be better for your physical and mental health!

Thank you for keeping us informed and doing 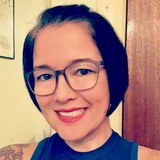 Shelia at Fifty Up Club from NSW replied to Yvonne:

Hi, I read an article on Atrophy, i have it; it is called shrinkage of the brain. your readers should buy coconut pure pressed oil, and spoon it twice a day, wait for the results Quentin.

Hello.... Can you get a push bike to go on a stand and watch a video of yourself traversing the course Jean

Shelia at Fifty Up Club from NSW replied to Jean:

You sure can. The research also shows that combining physical exercise with mental exercise simultaneously improves cognitive function in older adults.

Very informative , thank you for the suggestion.

Shelia at Fifty Up Club from NSW commented: 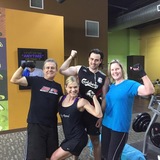 I have been playing Solitaire on my iPhone/iPad/PC for about 7 years now since turning 60, is this considered exerbraining?

Shelia at Fifty Up Club from NSW replied to Noel:

Noel from QLD replied to Shelia at Fifty Up Club:

Hi, Shelia, forgot to mention, as well as the Solitaire, I do a pretty good workout at Clinical Pilates, 1 hour, three times a week. Cheers

Shelia at Fifty Up Club from NSW replied to Noel:

That is awesome Noel! Cheers!