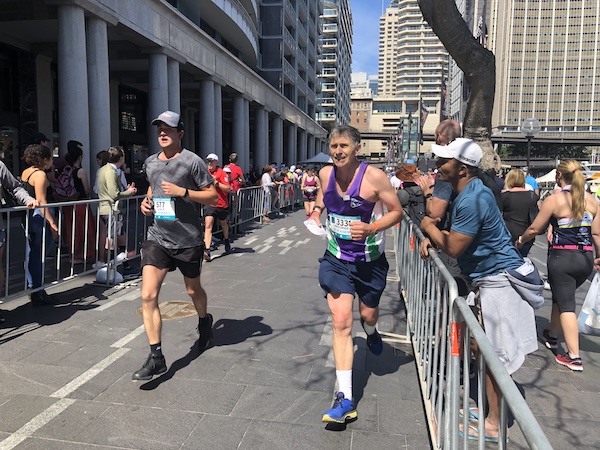 Every year, tens of thousands of runners around the world tackle marathons, otherwise known somewhat scornfully as “the suburban person’s Everest”.

But what drives them to put their bodies to the limit to complete the 42.2km endurance test?

The question is compounded by the surprising number of people who accept the challenge in older age.

For me, it had never been my ambition to run a marathon, but then quite out of the blue, at the age of 59, I decided to give it a go.

That was three years ago.

Now, I have just completed my sixth 42.2 km run and despite aching muscles, I am left wondering one thing: when is the next marathon?

I only share this story, which isn’t rare in running circles, to maybe encourage others to see what is possible with a little determination, some guidance and the support of others.

Since a teen I’d been a jogger enjoying short and regular runs along the beach without a thought about times, technique or any triumph. Without much effort it suited me.

Though fit enough to enjoy the 14km Sydney City2Surf every year, my times were average and consistent. Then I saw my local community college had a four-week course in running and wondered ‘why not’?

Those four two-hour lessons, split between class and trackwork, were the turning point. They introduced me to Wayne Morgan our multi-talented coach whose tailored training would literally lift my game.

My body seemed to respond to the demands of the longer, faster runs even if I was left panting. We learned of the various ways you can mix running, resting and racing to increase your capacity and appetite for more.

After that month, I joined Wayne’s Fun Runners group which meets twice a week in the nearby Centennial Park. Monday night from 6:30pm for an hour of faster training runs and Saturday morning at 7:30am for longer and slower efforts.

I’d managed to go throughout life without ever being on a sports team but here we are, from all walks of life, running for fun and the sheer joy of being outdoors.

Within three months, others in the group entered the half marathon, so I did too. It was hard to maintain the pace, but I managed thinking it was fun and I’d like to try another.

The next half-marathon was four months later but, on the entry form the full marathon only cost marginally more than the half so why not have a go? I didn’t admit it to Wayne at first and trained under my own steam.

A few weeks out I came clean and after some exasperation he gave me some valuable training and nutrition tips.

His only warning was don’t get injured.

Three years ago, I set out on my first marathon with the predictable trepidation even veterans feel at the start of every races. My goal was only to run 42.2 kms non-stop, my actual speed was secondary.

I came in after four hours and twenty minutes and while pretty bushed had an overwhelming feeling that was fun, and I’d like to try it again. Since then, I have marathon-ed in Canberra, Berlin and Sydney with a personal best of just under four hours.

I still find it hard to believe that someone who was so unexcited by distance running could become so enamoured and find the challenge almost irresistible.

None of this would have been possible without a coach like Wayne and the other Fun Runners. However, there are many such clubs out there you just have to look and take a leap of faith.

My only advice is to give away the fear and be open for some fun. The experience can be a lot more co-operative than competitive and above all it’s nearly always good for you.

The only danger is perhaps, unlike climbing Mount Everest, you may be tempted to come back for more of this modest suburban person’s pinnacle.

See you at the starting line.

Have you started something in your later years? Tell us about it below!