NewsWhether you call it a 'loyalty tax' or a 'stupidity tax' - it should still be avoided!

Whether you call it a 'loyalty tax' or a 'stupidity tax' - it should still be avoided! 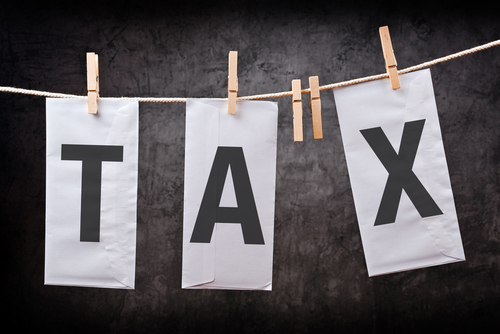 There’s a lot to be said about a name.

What we call things can have a big impact on how we deal with them.

More recently there’s been a call to replace the misunderstood term ‘loyalty tax’ with the harsher and more hurtful ‘stupidity tax’.

Many of us pay more for things than we need to, especially when it comes to electricity, insurances and home loans, but is this due to loyalty or stupidity?

We tend to value loyalty as a quality, and hence believe it should be rewarded in the form of things like loyalty cards.

Stupidity on the other hand is viewed as a curse only afflicting other fools and certainly not ourselves.

The question is raised by The Australian’s economics editor Adam Creighton who argues the higher prices charged, usually by big companies, are a tax on our stupidity.

So what exactly is the ‘loyalty tax’ and are you paying it?

The ‘loyalty tax’ according to many is a manifestly unfair impost on those who do the right thing by being ‘loyal’ and end up paying extra by sticking with a brand.

It’s a well-known fact many companies charge less to recruit new customers and end up charging more to those who just stay put, this is especially the case in insurance.

Recent estimates about the actual costs of this tax are eye-watering. The ACCC reckons existing borrowers on average pay 0.35% more on their mortgages that new customers which adds up to more than $6 billion a year from just one market!

Another estimate that when it comes to telcos, home insurance and home loans, it’s around $140 a year per person.

It’s also been dubbed the ‘lazy tax’ which puts the impetus on the consumers to lift their game and do something about it.

Now it looks to be morphing into a ‘stupidity tax’ which might change our behaviour more as no one wants that label even if most of us are ‘guilty’ of paying more than we need to.

But what do we expect? Economists argue long and hard about perfect markets where information is endless and mobility effortless, but as with most perfection it doesn’t exist here on Earth.

One take on this came in a comment on Adam’s article came from James: “There will always be a leading edge of energetic consumers who find better value than others do. In time, word gets through to everybody else, and that's how market information flows."

It’s how I like to think the Fifty Up Club works. Not everyone is an energetic or well-informed consumer who can take advantage of the better prices available to some especially in more complex markets.

Fifty Up gathers up the supporter numbers, negotiates with the providers and finds single offers in such markets like electricity and life insurers which you couldn’t get yourself.

Whatever you like to call it, this tax is significant and unlike other government taxes, both legally avoidable and evadable. There are always arguments the government should change policies, as we have seen with energy prices recently, but ultimately steps you take yourself will often be more rewarding.

Any information contained in this communication is general advice, it does not take into account your individual objectives, financial situation or needs.

Whether you call it a 'loyalty tax' or a 'stupidity tax' - it should still be avoided!