NewsComputers versus typewriters: which is the better font of wisdom?

Computers versus typewriters: which is the better font of wisdom? 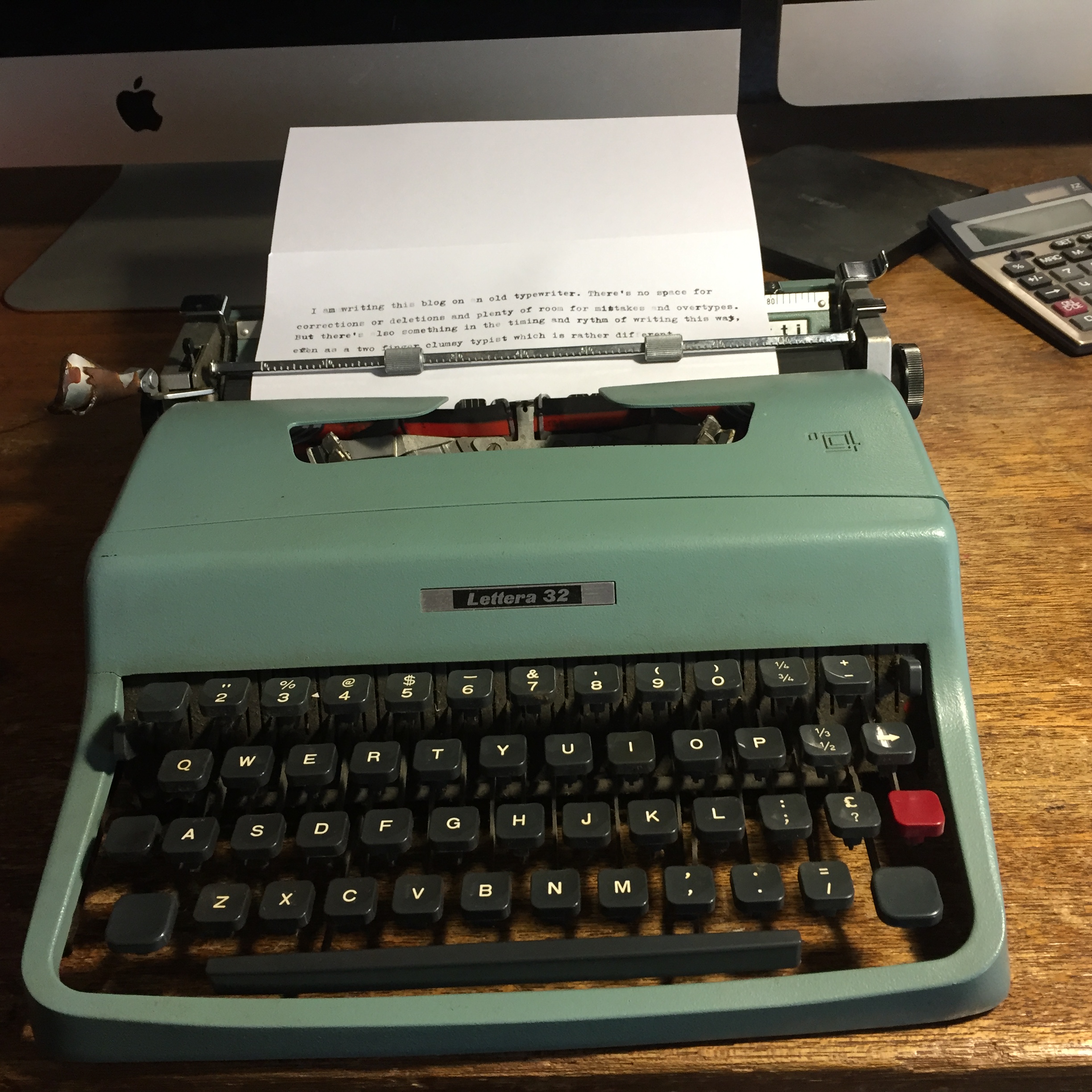 I have a new proudest possession. It’s a tool of my trade which - while making work a bit harder - can also mean the labour is more creative and even fun.

As such it’s a minor symbol of the pendulum which seems to be swinging slightly away from the digital revolution which has overwhelmed our lives.

Cinema: Directors like Christopher Nolan (Tenet) and Tarantino shoot on film not videotape.

Writing: Once it was word processors and now computers, but the typewriter is making a comeback. And for good reason; they are not only more individual they are also more secure and quite un-hackable.

Mine is an Olivetti Lettera 32 portable typewriter I found in the window of a local St Vinnies for $40. Fellow bargain hunters from FiftyUp Club note this 1960s design icon is often flogged online for $200+.

By the way, US author Cormac McCarthy who wrote almost five million words on his Lettera 32 sold it at auction in 2009 for US$254,000 to an unknown US collector (perhaps Tom Hanks, a great typewriter obsessive).

It went for twenty times the estimated value and then McCarthy bought another second-hand model in better condition for US$11. Now that’s a bargain.

My Lettera 32 harks back to a childhood where we hammered the hell out of an old Remington portable, jamming the keys etc, and it just kept going.

It’s also a reminder of my first day on a daily newspaper, the Yorkshire Evening Press. We pounded out stories on little squares of paper with carbon paper (younger readers can look up online what that is...) on massive desk-bound manual typewriters.

Another memory was visiting the Ceylon Daily News in Kandy, Sri Lanka in the early 80s, just before the civil war, to discover some 50 reporters jockeying over a handful of typewriters, and old ones at that, to write on.

Reporting on various mastheads continued with electric and golf ball typewriters before the keyboard was appropriated by early model word processors. They were a Godsend, allowing easier corrections and manoeuvring of the text which suited clumsy two-fingered typists like me far better.

But computers didn’t make us better writers as such. Quicker and more accurate perhaps, but there’s no evidence I’m aware of that Word software created better writing.

There is something about the focus handwriting can bring to the written word. The organic connection of the creative mind to the dizzying complex of tiny muscles in the hand, via much training, needs only simple tools such as pen and paper to produce words.

But my writing, especially at speed, is often illegible. The typewriter offers a bridge. It requires effort, as should all good writing, and some forethought to avoid messy corrections and soul-destroying paper ripping. Computers with their cut and paste and spell check make it just too easy and me too lazy.

There’s also some drama with a typewriter. The strike of the keys like a staccato machine gun, the signalling ring of the bell at the end of the carriage and the satisfying rumble of the roller as the completed page is pulled out (even if it’s thrown in the bin).

There’s no need for a printer and as any amateur sleuth knows every typewriter is unique. Its ‘fingerprints’ of uneven keys etc allows TV detectives to track down the kidnappers’ ransom notes every time.

But I’ll admit there is a problem. I wanted to write this blog on the Lettera 32 but after a while realised I was too spoilt by the bells and whistles of my MacBook Air.

Typewritten blogs will take too long, be too full of mistakes and be too hard to upload to ever replace their digital versions.

So I had to settle for a font that looks like the real thing...

But for thank-you letters and more personal, shorter correspondence it will do just great. Like all of us, I’ll take the best of the digital but a good old-fashioned well-oiled typewriter has its place too.

Computers versus typewriters: which is the better font of wisdom?

I have spent many years working with typewriters both manual and electric and enjoyed it. However, I find that using a computer with the ease of being able to upload an article .save the whole lot without using a lot of paper and not having to retype when a mistake is made, makes life so much better. Max

Dear Members , If you really want to go back to a time of Nostalgia & stimulate your memory try www.silvermemories.com.au

I am pea green! I have loving memories of bashing out letters and invoices on an old, old Adler, hearing that happy little 'ting' at the end of each line and just how much mess could I make changing the ribbon - happy days !!!

Oh, how I remember as a junior reporter rushing for the best of the worst typewriters in the newsroom, old Imperials and Remingtons and then trying to stop the jamming as the deadline drew closer. Happy days.

Chris, I loved your story of the Olivetti 22Lettra Portable. It