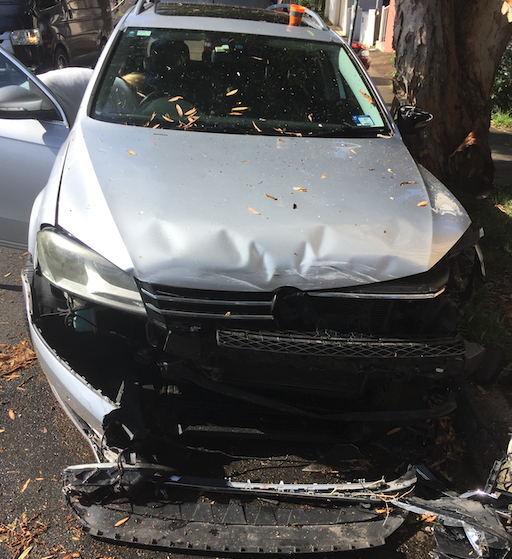 We live in a quiet suburban street at a T-junction. Last week just after I’d turned in, there was a screech of brakes and an all too familiar smashing sound. My wife’s parked car had been hit. Again.

After checking no one was hurt, my first thought was how well would insurance help us out when we’ve had three family cars wrecked in the same way, at the same place?

A controversial German once said:

“Once you are a victim of a bombing, you enter a risk group to which they will not sell insurance.”

I don’t mean to compare our loss with any bombing or the terrible toll many suffer on the roads but merely to ponder about car insurance. They will sell it but perhaps at a higher cost.

If you have comprehensive cover and through no fault of your own suffer a write-off, how complete is the compensation paid regardless of a legacy of higher premiums? 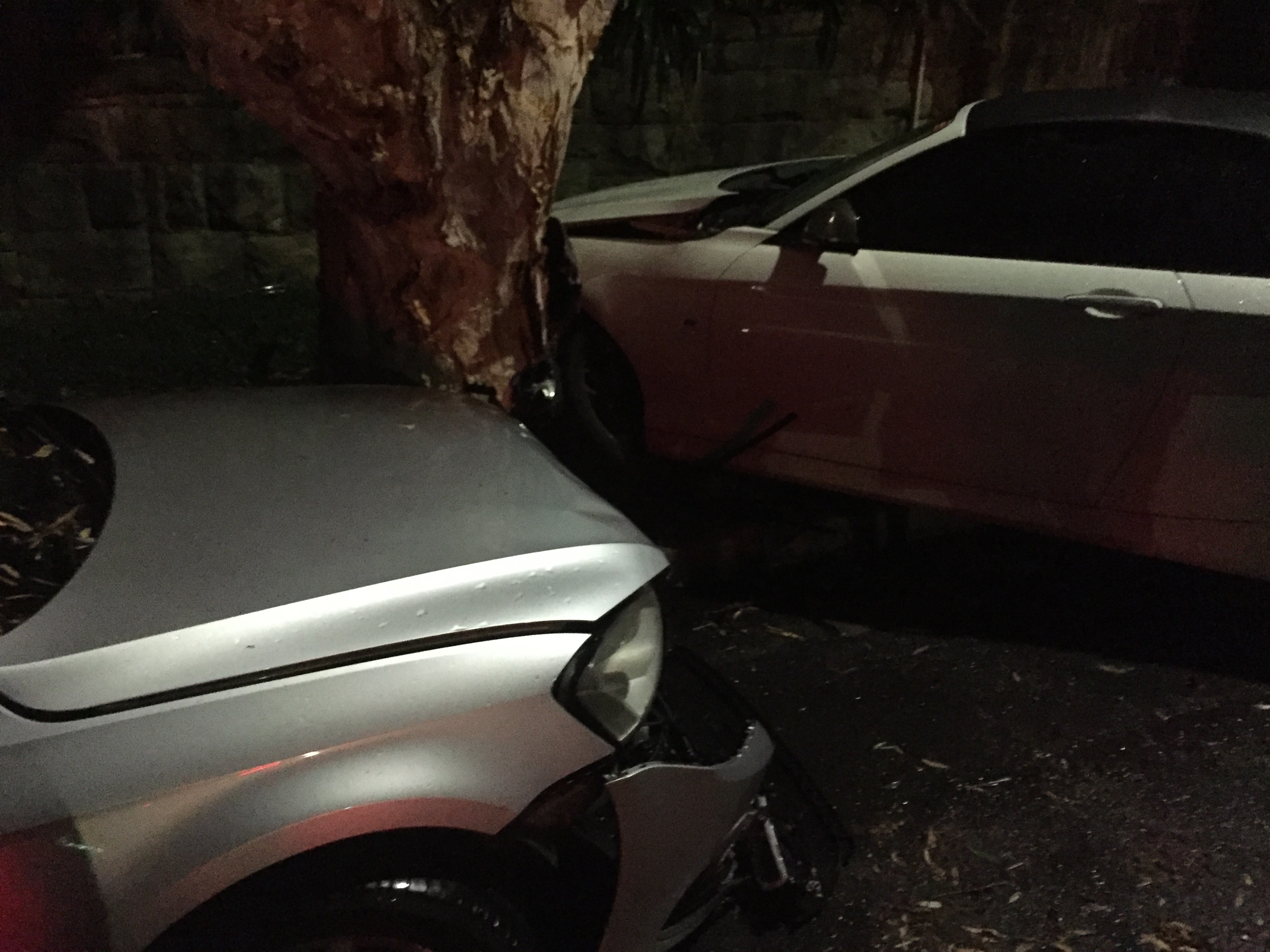 In the past 15 years outside our home, three of our cars have been seriously damaged. Two were unsalvageable, all thanks to out-of-control drivers. One said they fell asleep at the wheel, another was too out of it to reason, and the latest had no explanation.

My almost new Toyota Prado was written off in the first case, and I got fair value for it which went on to buy a better second-hand model I still drive.

My wife’s car was a wreck in the second incident, but after two months was pieced back together. In the latest, her 2011 VW Passat was totalled along with the errant driver’s late model BMW convertible.

She has been offered $12,500 by our insurance company as the VW was only covered for 'market value', which they set - as opposed to 'agreed value', which you decide and costs more.

Now she’s faced with replacing the vehicle, which our ever-reliable car broker (who has furnished our good second-hand wheels for years), says will cost north of $25,000 and then some - even if in the present shortage he can find anything.

The driver was breathalysed, arrested and charged, and we await the legal proceedings. It wasn’t his car, and if found drunk in charge presumably that vehicle’s insurance will not pay. It may prove to be a costly drive home.

Either way, we are left with a financial loss and much inconvenience, although as I stress thankfully, no one was hurt.

My advice to anyone else to which this happens?  Move to a safer house, excavate an off-street park or drive old disposable cars so it won’t matter or hurt as much!

What’s your experience when it comes to car insurers compensating you for reasonable loss, primarily through no fault of your own? Was it worth it? Tell us in the comments below!

After long representations, the council is now preparing to install traffic calming measures. Too late in this case, but we hope it will make the streets safer...

COMMENTS OF THE WEEK: ONLINE GROCERY SHOPPING AND THE DEMISE OF THE CASH ECONOMY

Younger and many older people do their grocery shopping online and love the ease of delivery…. but not everyone agrees if your comments are any sign.

Likewise the digital wallet has its benefits but there’s a cosy confidence to real cash in your ‘kick’ especially if you need some change.

Perhaps predictably and deliberately my blogs last time about my disdain for online grocery shopping and for the vanishing role of cash (see both here) got your goats up.

I am not and never will be, buying food online. Apart from getting out of the house and among people, I want to compare products, check labels for salt, sugar etc content; not buy food from China - why would I? - we have the best right here in Australia, plus I want to support local growers.

I always look at the label when in supermarkets because I refuse to buy anything made in China, why for example do Woolworths stock fruit bottled in China , you only have to look at their farming practices to put you off.

In fairness to the supermarkets they have information on the country of origin and ingredients online but not to the same detail as you’ll find on the shelves.

Also I’d claim it’s harder to compare pack sizes, savour the sweet perfume of seasonal fruit such as quinces or benefit from the close to best by date discounts. There’s really no contest if you have the time and inclination.

A good point was raised by a member in NSW about the loss of low or no-cost bank ATMs - I presume because there’s less demand for them. The private networks which seem to be replacing them charge top dollar for their services; another nail in cash’s coffin.

Another great complaint I have is that banks are now taking their ATM's out of the shopping centres and replacing them with ATM's at the cost of $2.50 a go. Why is no one taking the banks to task for this?

Gail from NSW took me to task for not demanding the change to the $50 note I tendered for two coffees when the café’s COVID rules said we take cash but give no change!

There are times when you just have to "stand your ground". I would have waited until they found the right change. That's called giving up, poor work.

To be clear I never paid the $50 so deserved no change but I didn’t get the coffees either.

And finally some good advice for us all from Geoff in NSW:

You need to get out of the city a bit more often. Some places out in the sticks still take cheques!

I happen to be travelling in the Snowy Mountains and Victorian Alps this week and I’ll let you know if I find anywhere which takes cheques, Bitcoin or any currency in between.

Thats terrible 1st I would Insure my vehicle Agreed Value they have to Insure it Agreed value find one that does call me on George on 0419 488494 to assist.

I can't help wondering why the car is still parked in the same place where it has been hit three times. I would have learned that lesson after the first hit. Parking at a T junction is usually illegal for this very reason, it also impedes visibility for other drivers. Not very surprising then that insurance costs skyrocket.

The aim of removing cash is to remove the resistance to buying. Using a card reduces the association between the work you did to get the cash, the cash and the purchase. The Federal Government hates cash and loves cards, so there won't be much push back from them.

Gordon from NSW replied to Les:

Well said, i always carry a small amount of cash in my wallet, its way to easy to spend money these days, the banks love it.

Re: online grocery shopping. I have read the previous comments and I fully understand how some people would like to get out and shop in-store to check labels, prices etc. I just wanted to mention my own experience with online grocery shopping is that I joined Coles online in May 2020 and we did not have a car. I am able to check their prices, country of origin and ingredients etc online every week. I purchase what I need from their normal prices, specials and half price specials. I choose the 6 hour delivery frame which costs only $4.00 - a real bargain! Coles emails the day before to advise the expected one hour delivery within that 6 hour time frame. If they do not have an item they advise by email the day before and either replace or charge accordingly. I also save a lot by being a Flybuys member and they often have $$$$$$ discounts.

Hard issues to repeatedly have to deal with but the lesson for all here is to not park in the street on a 'T' intersection, which is actually illegal in many places..

I never buy online. I like to feel, try on, read labels & compare before I spend my money. I also only use self check out when I have no choice, usually late at night when the registers are closed. I love the interaction with the "check out" people and keeping them in a job Noella.

regarding motor vehicles written off following an accident with a drunk driver, can the "victim" sue the driver for the financial loss ?