NewsREVEALED: What We Over-50s Really Think About Vaccines 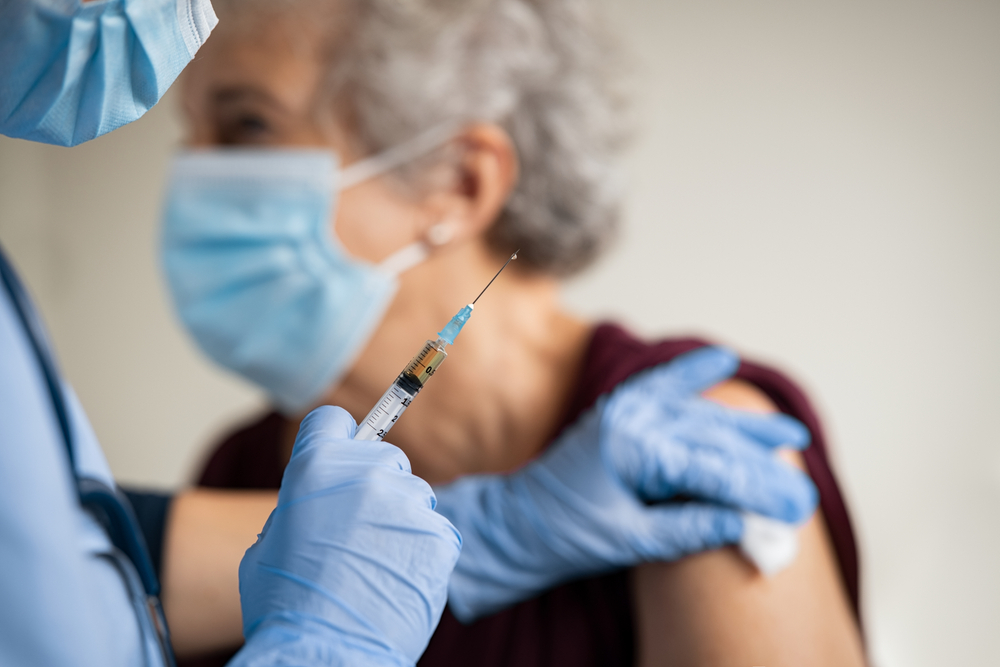 REVEALED: What We Over-50s Really Think About Vaccines

Australia's leading consumer group for the over 50s has backed taking COVID vaccines, with 59% saying they intend to have the jab at the earliest opportunity.

More than 400 of you responded to the survey, and it's still open if you'd like to contribute. The key issue concerned the vaccine and the perceived 'take it or leave it' attitude of the authorities.

40% answered 'no' or 'don't know' to have one at the first opportunity but that number includes 25% who said they wanted a vaccine but not the one on offer.

If offered a choice, 52% opted for  Pfizer, generally reserved for the under 50s, 33% went for AstraZeneca, given to the over 50s, and 14% for others such as Moderna that may not be available for some time.

Events in Victoria seem to have dented members' hesitancy, with 57% saying they were more likely to have the vaccination now than a month ago.

In terms of incentives to have the jab, 57% said none were needed as they were keen already. The largest other choice was 16% who'd be persuaded by a vaccine passport to allow more unrestricted travel.

Of the 430 respondents, most lived in the suburbs and came from NSW, with the genders pretty equally split.

The vaccine debate has been firing up the 400,000 plus members of the FiftyUp Club for the past months, with the attitude of older Australians proving critical to the rollout strategy.

The issue has proved the most divisive amongst members since we started 8 years ago, but it's also been amongst the most important.

I'm personally pleased the majority see the benefit of getting vaccinated, but the big issue of the choice of vaccine needs to be addressed more strongly as there's much misinformation about.

The comments were as ever colourful, and a selection includes:

“I WILL NOT have AZ EVER. Would have Pfizer tomorrow if it was available. Our Government has NO RIGHT to dictate to older Australians which vaccine they are able to access! Blatant elder discrimination---our lives seem to be considered as less valuable than under fifties.”

“People who don't get it should not be penalised by way of travel bans and restrictions. This is Australia not China.”

“The vaccine will allow the country to open up again. Without, we stay closed to international and interstate movement, alternative is to allow the virus to circulate freely within the community which would mean deaths and long term effects from infection. Not something I'd feel comfortable with."

“The roll out has been royally and unforgivably stuffed up by the Federal Govt.”

"I don't understand why so many people are reluctant to have the vaccine. The side effects are a minimal risk to protection from such a horrible disease and possible death.”

“It's the responsibility of every Australian to get vaccinated ASAP. This will allow the Australian economy to get going again and ultimately benefit all Australians.”

“We live with risks. Even a slip and fall in your house can injure you (or worse). The media's hysteria inducing reporting of the very few cases of blood clotting after Astra Zeneca are responsible for much of the resistance to having the "jab". Victoria's recent events have, at some cost to many, at least resulted in vastly increased take-up.”

REVEALED: What We Over-50s Really Think About Vaccines

Even if you have had both doses of a vaccine the northern witch dr and the wa emporer will still not let you in. Why bother, where I live there hasn't been a case since early April 2020 so why take the risk?

Someone said, "It comes down to trust." Sorry, I don't trust politicians state or federal. The vaccines are test vaccines, and they have plenty of Astro Zenica. Are you sure that you are safe taking AZ? And, what about today's anti-vaxers? They don't care about you? I take my hat off to the guinea pigs. Good luck to you. Back in the '50s & '60's politicians got away with it. Today we have the internet, which they'd love to shut down. After all, it is a personal decision. It is your choice.

In our country, free choice is a benchmark of our society. If you want to hurry along with the vaccinations, provide the choice. We know Pfizer is available, and Moderna will be along presently, with the best ratting, what is their hurry, How much money are they saving by pushing the first one out (AZ). I am waiting to express my free choice.

My husband and I have had our first dose next due in July,no side effects,it is the only way we will get out of this,we need everyone do do this for the country,our children have had their vaccines too,the Victorian gov.has done the right thing with lock downs it is the only way to stop COVID, sorry for the city,don’t people read the overseas news and see how bad it has been there,we are lucky to be in Australia

Hi, I’m a baby boomer and I remember when we were at school we were tested for TB , Polio and Smallpox and vaccines were made to eliminate these diseases so why do people question vaccines now. Whatever happen to trust these days? Yes I feel for the people and families who have lost their loved ones but the alternative is far worse if we are it vaccinated.the reactions are less than who had reactions to the AZ .

I see that the medical spokespeople now say that they know a lot about the clotting from the AZ vaccine, such as how long after the vaccination it can occur, what the symptoms are, and how to treat it. It's obvious from that that there have been a lot more cases than they are saying, because otherwise how would they find all that out? We're waiting for the Pfizer vaccine, if we have one. I have heard that it will available soon for us anyway. Why should older people be discriminated against, and why shouldn't they get the safest vaccine when they are the people most affected by Covid? I have only know of one person within my circle of friends and acquaintances who have had blood clots. But I know of 4 people who have died of blood clots and/or stroke, with a few days of having the Covid vaccine. Is that pure coincidence and are they just part of the normal blood clotting population? I think not! Except for one of them who was a diabetic, they were healthy.

Based on discussions with various i am happy to have either vaccine I was offered AZ first and had no side effects. Same goes for my husband’ I’m against the passport idea We are a country that allows people to take personal responsibility. None of the vaccines will stop us getting Covid but should keep us safe from a serious infection and that is what we need

I think the Fed government has managed the COVID crisis very well when one compares Australia with other countries. In deed I am so thankful to be living in Australia. Being in my 70s I am not at keen to have the AZ jab but propose to wait for the Pfizer to become available. Although I realize that the chances of a getting a blood clot are small I don`t want to be the one in a million "winner". Careful

I absolutely agree. I think that to just say how sorry the government is, but to look at the big picture, to a grieving family, who had a healthy parent or spouse is disgusting. There hasn't been one death from Covid in Australia since last November! and I think that that death was someone who came into Australia very ill.