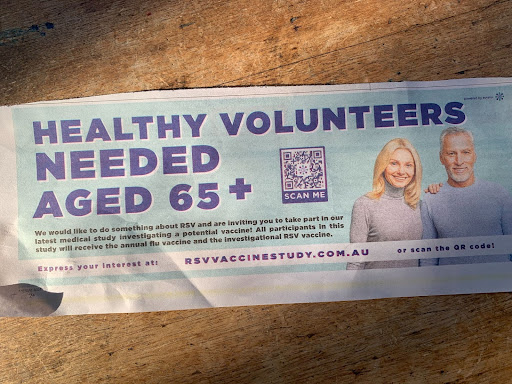 Why do older models often look so… ‘old’?

What should age look like? Or rather, is it pointless to try and stereotype any age cohort, especially the older ones, as there’s so much natural variation.

The question came to mind when I saw the spritely faces on this ad for 65+ volunteers for a medical study (RSV stands for Respiratory syncytial virus).

Maybe the models are aged over 65, and if so, good luck to them, but the years inevitably take their toll.

When the Fifty Up Club made regular appearances on the morning TV shows, the younger producers put up graphics of very elderly people with Zimmer frames and in aged care.

I raised the point many times, but it never changed the perception amongst them that anyone aged over 55 must be like that.

When you do a search for “over 50s” with a common stock image supplier, this is the first photo that comes up: 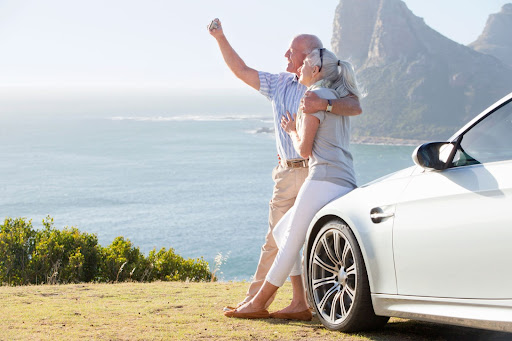 But in terms of well known as opposed to well-worn faces, who do you think genuinely reflects their age?

And does our love of youth and vitality mean society sees older people as much older than they really are? Or is it largely irrelevant to you?

The medical experts say, “The appearance of the face and neck typically changes with age. Loss of muscle tone and thinning skin gives the face a flabby or drooping appearance. In some people, sagging jowls may create the look of a double chin.
“Your skin also dries out, and the underlying layer of fat shrinks so that your face no longer has a plump, smooth surface. To some extent, wrinkles cannot be avoided.” 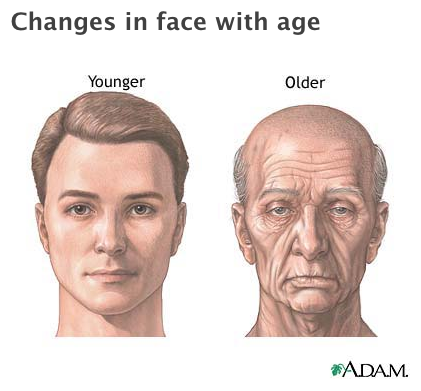 Exposure to the sun and ciggies are the critical factors in those wrinkles and blotches.
But beyond the science and so-called secrets of looking younger, many of them very costly, is it right to assume people look their age?
See this story on women who inspire healthy ageing, and these three are all aged more than 60 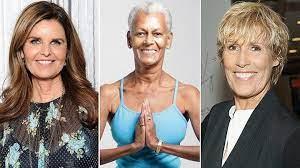 And also how Facebook, now Meta’s, boss Mark Zuckerberg is expected to age. Apparently, these aged morphed pictures make the future us less like strangers, so we are more likely to lose weight and save money for our future! 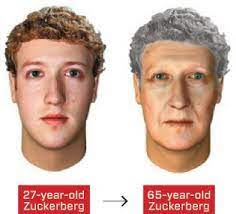 Who do you think best reflects their age? The mature beauty of Jane Fonda or the lived-in comfort of, say actress Miriam Margolyes?

Why do older models often look so… ‘old’?