News6 Things You Should Never Put On Your Credit Card 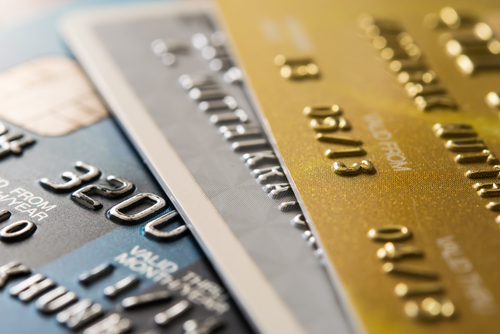 6 Things You Should Never Put On Your Credit Card

Credit cards can be pretty handy, but only if they’re used wisely. However misuse and abuse them, and they’re the scariest bits of plastic you’ll ever come across.

A survey on credit cards conducted for debt solutions and personal budgeting company Fox Symes found that of out of 1,006 people polled nationwide, more than one third (37%) or the equivalent of 6.9 million Australians, had either blown their credit card budgets or wanted to.

A recent ASIC review also found that 18.5% of credit card holders – almost 2 million Australians - exhibit at least one troubling debt indicator such as not being able to fully clear a debt or being in arrears on repayments.

Whilst things like clothes and concert tickets are common credit card purchases, there are certain things you should never, ever use your credit card for.

Your mortgage
Making a mortgage payment via your credit card is never a good idea says Anouska Linz, senior manager at mortgage lender State Custodians Home Loans. Firstly, you’d need to do a cash advance which would not only result in expensive credit card interest from day one, but you’d also then get hit with a cash advance fee. Then, if you’re only able to pay minimum payments on your card, not only will you run out of credit pretty quickly, you’ll also be paying as much as 20 per cent interest on this amount until you’re able to pay it off!

“If you’re struggling don't bury your head in the sand, or use another credit facility,” advises Anouska. “Speak to your lender about options. If it’s a one-off issue due to an unexpected expense, the lender may defer your payment to let you catch up with no penalty. If it’s more serious, there are hardship provisions that provide more ongoing flexibility to help you out.” If you have multiple debts and can’t keep on top of all the payments, seek out a specialist lender. “They can help you refinance into a loan that has more simple, manageable payments,” says Anouska. “It’s best to do this as soon as you know you’ll have trouble meeting payments because defaults can follow you around and make finance difficult for up to five years.”

A wedding
So the cost of a wedding in Australia is officially frightening. Back in 2012 a MoneySmart survey found the average wedding cost a whopping $36,200. And that wasn’t including the honeymoon. By putting the entire amount of your child or children’s wedding onto credit cards at an average interest rate of 16.82 per cent, you’d be paying back an eye-watering $42,288 over the next few years. The MoneySmart survey also revealed 18% of couples used their credit card, and 35% blew their budget. If you’re walking down the aisle later in life, create a different banking fund which you can top up for wedding costs – and research how to keep expenses down.

Holidays
Aussies sure do love to travel. In fact we’re the second biggest holiday spenders in the world, behind Saudi Arabia according to Visa’s Global Travel Intentions Study. However, putting a vacation on credit can saddle you with a debt that hangs around forever. A smarter strategy is to plan a more affordable trip whilst building up a vacation fund for a bigger trip.

Your groceries
According to MoneySmart an average Australian couple with children aged up to 14 spends $279 per week on food and drink or $14,508 annually. If you’re relying on plastic from a bank just to survive, it’s safe to say things are looking grim. A general rule of thumb is that credit cards should only be used for purchases you can live without. If you can’t, cut back on areas such as clothing and entertainment which aren’t so vital. Also consider reducing the amount of groceries you buy in the first place by wasting less. One NSW study shows each household throws away $1,036 worth of edible food each year.

A car
The 2015 Motor Vehicle Census reports there were 18 million vehicles registered in Australia - an increase of 12.1 per cent since 2010. However, buying a vehicle with credit should be avoided. Fox Symes’ director Deborah Southon says putting a car onto your credit card is risky. “This can easily cause you to max out your card,” she says. “If you miss a payment you can really damage your credit score. Plus, the interest rates on cards can be much higher than the rate of a car loan from a reputable lender.”

However, if you already have bad credit some lenders may not want a bar of you. “If that’s the case you need a specialised solution,” says Deborah. “Consolidating bad debts and getting a car loan in one hit, even if you have previous defaults, is much smarter than getting deeper into credit card debt.”

A dinner or bar tab
The average Australian spends a relatively lean $118 per month on alcohol cites a research study from Canstar Blue. However, many of us are prone to an expensive night of dining which can tip way over this amount.

Have any tips or advice on what to not put on your credit card? Leave a comment below.

6 Thing You Should Never Put On Your Credit Card

I toatally disagree. There are only 4 rules. 1 never use the cc to get cash; 2 never use it for purchases you don’t NOW have the money for; 3 pay it in full every month; 4 cut it up if you can’t do 1-3. It is a very useful tool. Use it for convenience. Accumulate and use the points you are already paying for because the retailer is building this cost into every purchase even if you use cash. Our annual fee is $65. We claim over $500 a year in cash which we spend on groceries. Discipline yourself and use the system others set up to take your money - by taking theirs! Simples!!

Never put monthly insurance payments on a credit card. My card was stolen during an overseas trip. Subsequent cancelling of credit card meant my house was uninsured for a month and I had to recommence my insurance policy on my return. All payments of this nature now come from my everyday account.

I agree with Terry from WA: "I put everything I can on my cards, get the FF points and pay the balance off every month. I'm going to spend the money anyway, why not get some points ...??" JM NSW

The simplest way to deal with credit cards is never to use them unless you know for certain that you can afford to pay cash with the allowed time framework. They are simply a way to avoid having to carry an amount of cash you cannot afford to lose. Pay the bill before the due date and you never have to worry, and always protect you personal details.

Someone from VIC replied to jessie:

Hi Jessie. I take it that you don't have children. Regards John from Vic

Your "6 things" assume that the reader does not have the ability to pay the full debt off the credit cars when the bill comes. If s/he does pay it off monthly, then all those things are good to put on your credit card - gives better cash flow, and more time to pay. Pretty important condition to miss. . .

A credit card is a convenience in lieu of carrying cash. If we can't use it for groceries, dinner, booking holidays, why bother? The rule of thumb is not to spend more than you have and pay the card in full.

As seniors most of us know about all these 6 things not to put on a card so I don't really like being told the obvious. At age 66 It didn't help me and I never use the card on any of these items except maybe the odd dinner at a restaurant. Give me something more meaning full.

Satish from QLD replied to Karen:

Richard from QLD replied to Karen:

I spent 30 years in the travel industry including selling travel insurance with reputable companies. I am very wary of any insurance included in a card and would urge people have a good read of the inclusions and especially the exclusions. If you are a senior 75+ you may have to pay double premiums or if have an existing medical condition which could affect coverage as I notice some are very clever at not paying out. Sods.

Karen from NSW replied to Richard:

Everyone should always read the PDS of any travel insurance very carefully no matter where they get the insurance from - credit card or not.

I am not Brian from NSW ( heaven forbid ) i am Robert from NSW.